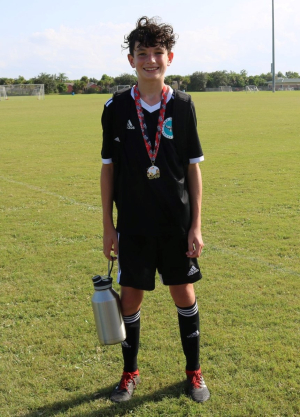 Last weekend, the club soccer team I'm on participated in the Brevard Hurricane Classic Soccer Tournament. It took place in Merritt Island, Florida, which is around an hour from where I live. It was a really hot weekend, but it didn't keep us from having a great time playing some serious soccer.

I currently play for the U14 team for the Port Orange Soccer Club, and our team were the runner's up in that tournament for our age group. We played four games to become the runner's up. I scored one goal in that game, which was a header. We were in it to win it, but we came in second place. It was our first games of the season, and it was a good way to kick off the season. Here I am pictured above with the second place medal that we got. The winning team, the PSL Hurricanes, were a tough team to beat and played well!

Tips for getting young kids into soccer

Have a young child who is interested in soccer, or that you'd like to introduce to the game? Watch my video for five tips on getting your young kinds into soccer. My tips are ideal for a child ages 3-6, and they will give you some things to consider. I started kicking around a soccer ball at home when I could walk (that's what mom says), but I officially enrolled in a soccer program for the first time at age four.

Check out my tips and see what you think!

Last night, I attended the MLS All Stars vs Atletico de Madrid Game in Orlando, Florida. It was a lot of fun and I was happy to be able to be there. I made a highlight video for you all to check out.

One word about the opening at the MLS All Stars Game... it was awesome! They had lots of fireworks and put on a great opening for the game. 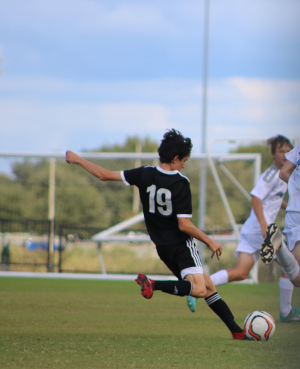 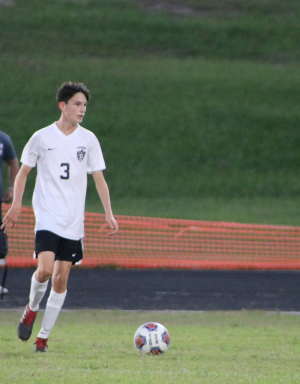 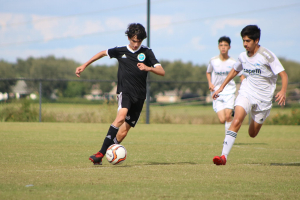